Have you noticed that the supermarket and deli shelves are stacked with an overwhelming number of gins recently?

From boutique distilleries to larger producers, it seems as though everyone is jumping on board to offer evermore extravagant and unusual taste sensations. But why the sudden rise in popularity? Well, it all comes down to a little known eighteenth-century Act. Its recent lifting is the catalyst behind the gin explosion. As well as seeing the creation of many small distilleries, the repeal of this Act has also thrown up opportunities for diversity for some producers, and filtration supply for manufacturers. But before I expand on these opportunities, lets take a look at where it all started. 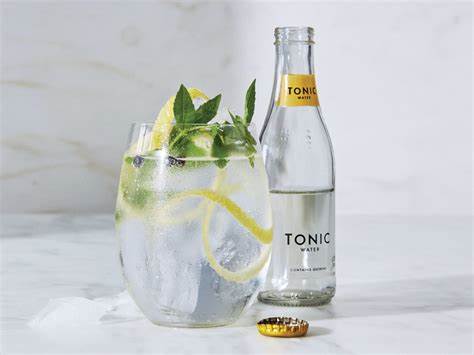 FROM FROST FAIRS TO A FEVER-TREE: A BRIEF HISTORY OF GIN

Gin has been around for a long time. It is rumoured that peasants drank it to ward off plague in medieval times. And as far back as the late 1600s, William of Orange was dropping tax on local spirit production, no doubt to the happy cheers of his subjects. By the mid-eighteenth century, Londoners enjoyed a hot gin toddy while skating on a frozen river Thames. Hopefully, without falling over. But as consumption rose over the years, it was inevitable that eventually, the government would take steps to curb consumption. In 1736 a distillers licence was introduced at the enormous (for the time) cost of £50, pushing gin-making underground. Enter the notorious gin palaces of the late Georgian and early Victorian era, made infamous by the likes of Hogarth. But it was the British Empire that saw gin as we know it come into favour. Thanks to malaria, British subjects in India discovered that the bark of the chinchona (or fever tree) when mixed with sugar, gin and ice made a very refreshing drink – and a cure for the dreaded disease. And thus the G&T was born.

FROM BLOCK TO BOOM

Cycling back to the mid-1700s, the government finally called a halt to mass consumption of gin in 1751 when the Gin Act came into force. This outlawed small scale distilleries – and no doubt it was a good thing at the time given the number of terrible bootlegging operations – but over time it also hampered growth for anyone wanting to open a gin distillery unless they were able to operate at a more significant level. Incredibly, it wasn’t until 2008 that the Gin Act was eventually repealed following much lobbying of Parliament, and a number of boutique operations opened the following year. From small beginnings, several small distilleries began to gain traction. One particular pioneer producer based in London started off delivering gin to luxury hotel bars on his moped. By 2017 a record 30,000 people visited his distillery annually and last year sales were so high his company ran out of gin.

So far, the trend shows no signs of abating. An IWSR Forecast report showed gin was leading in the global growth category in 2018, with growth projections of over 37 per cent by 2021. And that’s just in the UK. It is also starting to gain traction in international markets, including America, the Philippines, South Africa, Brazil, Uganda, Germany, Australia, Italy, Canada and France.

So far, so good. But whats this got to do with Croft Filters? Well, the rise in gin making has created opportunities for filter makers here in the UK. The process requires filters, and not just one kind but a variety. With the growth in botanical gins, in particular, there is a requirement to use a ‘botanical basket’ – a sort of tea strainer- that allows the botanicals to steep or steam for several hours, releasing the flavours as the liquid condenses and re-condenses as it passes through the basket before the liquid is filtered through a mesh screen or wire wedge screen. Mashing processes also require screens to squeeze or crush the botanicals, and then further filtration is employed to separate the excess from the gin. Croft Filters work with several gin-producing distilleries from large, well-known companies to small boutique outfits, supplying a diverse range of filters to assist in the process.

As well as the opportunities for filter manufacturers in the UK, the gin boom has seen other sectors diversify to accommodate the trend. This includes one particularly resourceful farming family in Lancashire who have established their brand of gin using water from their spring and natural honey from local bees. Sensing an additional opportunity, the family has also transformed former grassland into acres of barley fields to use in the process, once the crop is established.

With over 300 distilleries in the UK, and HMRC reporting that nearly 50 opened in the last twelve months, the future looks positive for the sector and its suppliers. The rise in demand for artisan and ’boutique’ gins has driven an increase of nearly 20 per cent in the total amount of gin sold. And a total of 47m bottles worth a staggering £1.2bn were served up last year. That’s enough to make 1.32bn G&Ts. Cheers!